The book of the generation of Jesus Christ, the son of David, the son of Abraham. Matthew 1
Absorb Counsel Gather Health

Matthew is the first book in the New Testament. It is considered one of the three (along with Mark and Luke) Synoptic Gospels (or somewhat similar gospels). The Gospel of Matthew is considered to be of special interest to the Jews, and others interested in biblical prophesies being fullfilled, as it often references the Tanakh (Old Testament) Scriptures that prophesied about the promised Messiah refernced in this Gospel of Matthew.

Many beleive that the following geneology listed in Matthew 1:1-16 lists the lineage of Jesus' adoptive pop, Joseph, showing Jesus' legal ancecsral rights to the throne of David, and then going back to as far as Abraham; while the other list of Jesus' ancestry, Luke 3:23-38, many believe to list Jesus' ancestry by way of his natural mother Mary's lineage—and that list goes back past Abraham even to Adam.

Matthew 1:1-8:
1The book of the generation of Jesus Christ, the son of David, the son of Abraham.
2Abraham begat Isaac; and Isaac begat Jacob; and Jacob begat Judah and his brethren;
3And Judah begat Phares and Zara of Thamar; and Phares begat Esrom; and Esrom begat Aram;
4And Aram begat Aminadab; and Aminadab begat Naasson; and Naasson begat Salmon;
5And Salmon begat Booz of Rahab; and Booz begat Obed of Ruth; and Obed begat Jesse;
6And Jesse begat David the king; and David the king begat Solomon of her that had been the wife of Urias;
7And Solomon begat Roboam; and Roboam begat Abia; and Abia begat Asa;
8And Asa begat Josaphat; and Josaphat begat Joram; and Joram begat Ozias;

Verses 1-8 convey the earlier, first part of this geneology of Jesus' adoptive pop, Joseph—through whom Jesus' legal right to the throne of David comes.

Digging Deeper
1) Name a person of interest to you of the names mentioned above. Add a name of note that you noticed in verses 1-8.

2) Why did you note this person—and what significance does this person have to you?

Verses 9-17 convey the later, second part of the geneology of Jesus' adoptive pop, Joseph. They also contain an interesting note about there being fourteen generations between this trio of significant events. This geneology is important as it confirms that Jesus is the promised Messiah promised to come through both Abraham (Genesis 12:3; Genesis 22:18) and David (2 Samuel 7:12; Psalms 89:3, etc.; Psalms 132:11).

Digging Deeper
3) Name a person of interest to you of the names mentioned above. Add a name of note that you noticed in verses 9-17.

4) Why did you note this person—and what significance does this person have to you?

Matthew 1:18-25:
18Now the birth of Jesus Christ was on this wise: When as his mother Mary was espoused to Joseph, before they came together, she was found with child of the Holy Ghost.
19Then Joseph her husband, being a just man, and not willing to make her a publick example, was minded to put her away privily.
20But while he thought on these things, behold, the angel of the Lord appeared unto him in a dream, saying, Joseph, thou son of David, fear not to take unto thee Mary thy wife: for that which is conceived in her is of the Holy Ghost.
21And she shall bring forth a son, and thou shalt call his name JESUS: for he shall save his people from their sins.
22Now all this was done, that it might be fulfilled which was spoken of the Lord by the prophet, saying,
23Behold, a virgin shall be with child, and shall bring forth a son, and they shall call his name Emmanuel, which being interpreted is, God with us.
24Then Joseph being raised from sleep did as the angel of the Lord had bidden him, and took unto him his wife:
25And knew her not till she had brought forth her firstborn son: and he called his name JESUS.

Verses 18-25 relay the events leading up to the birth of Jesus.

Digging Deeper
6) Describe the kind of surprise or even shock that Joseph might have experienced when he first realized his fiancé was pregnant from someone other than himself.

7) What does Joseph's "not willing to make her a publick example" tell you about Joseph's character?

8) What does Joseph's "not willing to make her a publick example" tell you about Joseph's character?

9) Verse 20 shows the Angel of the Lord giving dating and marital advise to Joseph. Although this was an extremely special circumstance—the coming of the Son of God—please comment about this and relate how you believe God influences and advises us in our relationships today.

10) What Old Testament book, chapter and verse does Matthew 1:23 quote from?

11) What significance is it that the virgin birth of the Messiah was prophesied approximately 700 years earlier, in the passage quoted in Mathew 1:23? 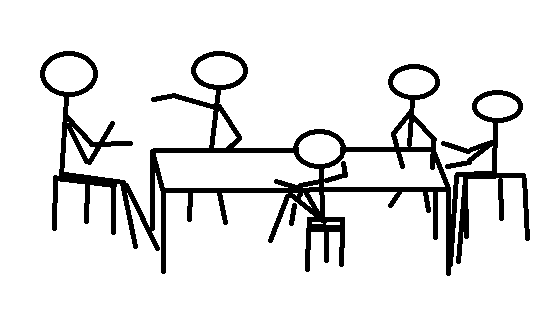